Purple foods are hard to beet 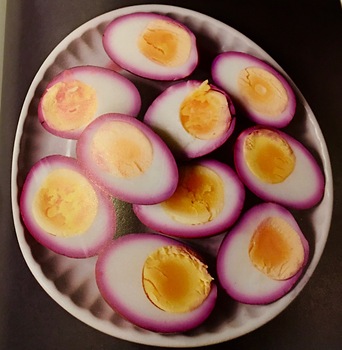 I've always loved the colour purple, so it's no surprise I'm drawn to purple-hued food. From dusky figs, shiny-skinned aubergines and mauve-tinged broccoli to wine-red cabbage, striped raddichio, and plump blueberries bursting out of their dusty indigo skins, purple food is the perfect edible pick-me-up in the cold, bleak white of winter. Even in late summer (or astronomical autumn, as I believe September is officially known as), purple ingredients like plums, sloes, and wild blackberries deliver an instant injection of exoticism after months of green salads and charred barbecue fodder. But at any time of year, the king of purple foods has to be beetroot, which is delicious however you use it - roasted, pureed, chopped into salads, or baked in cakes, when its subtle sweetness and depth of flavour wins over carrot cake every time, to my mind. 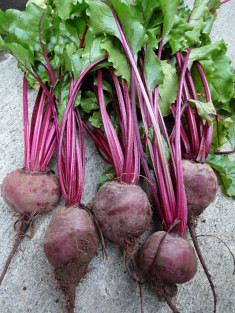 Maybe it is the regal glamour of purple foods on a skin-chilling day; it's certainly always a cheering sight to have a bowl filled with such decadent colour - especially beets, which dye anything touching them, like a tell-tale lipstick stain. And shredded red cabbages are so much more appealing than their white or green counterparts, whether you eat them raw, in a mayonnaise-slicked slaw, or slow-cooked alongside roast pork. Heritage carrots also seem far more alluring than the almost too-vulgar orange variety that we now consider normal. Or perhaps we are instinctively attracted to the health benefits of purple foods, which are known to contain anthocyanins - compounds which mop up carcinogenic free radicals, and lower blood pressure and LDL (the bad type) cholesterol.

Luckily, purple food doesn't just look glorious, adding a splash of colour to our plates, it tastes fabulous too. Blueberries are now as common in Britain as apples, and have gained such a reputation as a superfood that we feel guilty if we're not popping a punnet a day. Aubergines too, are a regular in our kitchens: we might roast them in a mixed vegetable medley (along with quartered red onions), or fry them in fat slices, Turkish-style, and serve with a dollop of garlic-specked yoghurt. Braised red cabbage always adorns our Christmas table, thanks to Delia's fail-safe recipe involving layers of cabbage and spiced apple to create a side-dish worthy of gracing the festive roast. But beetroot doesn't really seem to be on most people's culinary radar, other than to use the vacuum-packed stuff to pep up a salad. Frankly, anyone not cooking with beets is really missing out. 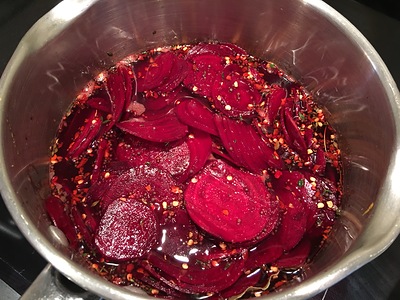 My own love affair with this humble root veg began when I discovered an amazing recipe for chocolate cake with beets as the starring ingredient. Curiosity and tastebuds piqued, I began branching out with this beguilingly sweet-yet-savoury ingredient. Beetroot and coconut soup followed, a spicy beetroot houmous, then fritters made of grated beets and carrots (choose purple carrots for maximum impact!). Beet passion reached its zenith with food writer Diana Henry's amazing venison and beetroot stew, slow-cooked for around two hours until you can barely tell the nuggets of dark venison meat apart from the bruised beetroot quarters. I think that will take some beeting (sorry), but I still have beetroot blinis, sweet beetroot pie, and salmon and beetroot tartare on my list of future edible experiments. After that, perhaps I'll be ready to branch out and move on to another shade of the spectrum... 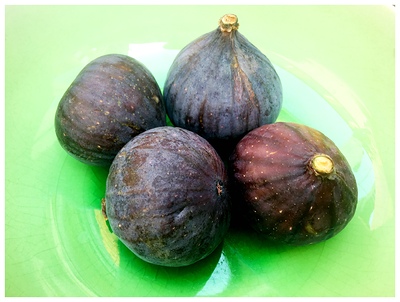