Memories are made of this

Like evocative scents or a haunting melody, food has that magical power to short-circuit the synapses and release a flood of memories.

With a life-long love of food, I can think of countless ingredients that trigger a trip down memory lane, but the most recent to stop me in my tracks was a humble splash of balsamic vinegar. All at once, I was no longer standing in my kitchen on the Isle of Wight, but thrown back in time to the comfortably faded grandeur of Black's in Soho, London.

I'd first discovered Black's sometime in the 90s, whilst roaming the thronged streets of Soho with my ex on one of our regular post-work strolls. Between mojitos at the Sanderson and espressos at Bar Italia, we'd almost tripped over the place - or into it - thanks to the darkly camouflaged exterior which made the vast Georgian building on Dean Street seem almost invisible. Slap bang in the midst of all the colour and craziness of Soho, that pitch-black house stuck two fingers up at fashion.

I later found out that it had been built in 1732 by John Meard Jnr, apprentice to architect Sir Christopher Wren, and had also once been home to Charles Fortnum of Fortnum & Mason. But to my 22-year old self, Black's was the epitome of cool. Too cool for the two of us, that's for sure. In those days, it didn't even have its logo brandished on the door; it was just obvious to those who noticed it - and if you didn't get it, you didn't deserve to get it. In awe at the sheer guts of the establishment to paint its entire exterior - front door, windows, steps, the lot - the colour of a starless sky, we dared each other to descend the basement steps and discover what lay behind its gothic facade. 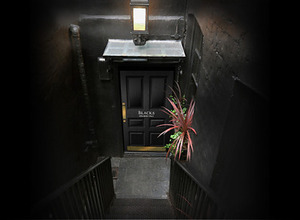 The surprise must have been written in luminous paint over our open-mouthed faces, when the basement door silently opened and we were ushered inside. What were we getting into? Were we about to be enlisted into the local Mafia, take part in a sacrificial ritual, join a religious brotherhood? I'm not sure we cared very much. The main thing is, we were in.

Somewhat surprisingly, the inky exterior gave way to a series of reassuringly warm and cosy rooms. Polished weathered floorboards, peeling leather tub armchairs, and lit fires in every grate drew us in more hypnotically than if Paul McKenna himself had beckoned to us. I wanted to move in and never leave.

We needed little encouragement to make ourselves at home, and hastily ordered a carafe of House Red, before anyone realised we weren't part of the jet-set, and kicked us out. The wine was cheap and good, such as you only usually find in rural France, and we downed it from tiny fluted glasses, refilled often. The menu looked equally tempting, and promised reassuringly hearty fare for far less than you should reasonably expect to pay, even in the capital's seediest cafe. But what clinched it for me, then and for ever after, were the tiny saucers on each table, flanked by giant hunks of crusty brown bread. Each white china saucer brimmed with gold-green oil, in the centre of which were brazen pools of balsamic vinegar, black as an unblinking iris, black as squid ink, black as Black's. We dipped, we ate, our eyes met in unspoken appreciation of the perfection all around us. It was one of those supercharged distillations of culinary heaven. I don't even remember what we ate afterwards, possibly lamb shanks and cloudy mashed potato; whatever it was, it was irrelevant in the wake of The Balsamic Dip. 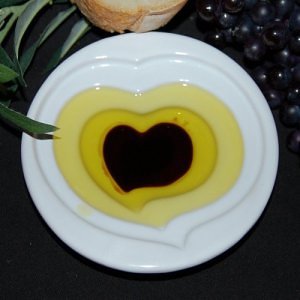 Before we left, emboldened by the red wine, we had the nerve to ask what we had to do to return. I believe that, right then, we would have willingly offered a kidney to join the club. In the end, we didn't need to part with any vital organs. He wrote a cheque (remember those old-fashioned promises?) with a few noughts on it for the annual membership and, that was it, we were in. From here on, we simply had to pay for whatever delicious pickings from the menu we consumed or drank.

After that, we slipped into Black's whenever we could: to grab a quick bite after work, to sample a new House Red, for late night refuge, or to kick off an evening's revelries. But we never took friends there. It was our secret and ours alone. We were greedy for its anonymous embrace, and too selfish - or scared - to share its magic. Talk about it, touch it, and the whole experience might prove to have been just a tantalising illusion.

When we parted ways, some years later, I never went back - and I doubt I ever will. Some memories are best left safely behind closed doors.