The power of garlic

Growing up on the Isle of Wight, my kids have had something of a Swallows and Amazons style childhood, albeit with a bit more parental input than the Walker children experienced. Family downtime is full of adventurous expeditions, forest wigwam building, tree-climbing, all-weather picnics, impromptu campfires, and lots of messing around in boats. 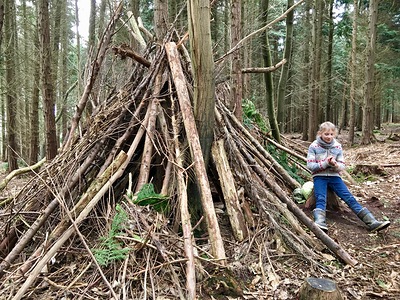 Of course, if your children are exposed to anything more risky than an iPad, then there will be occasional accidents, and we have over the years sustained our share of burns and bruises, cuts and sprains. But on the whole we've been pretty lucky (and I have to admit that I am a fairly attentive, if not quite 'helicopter', parent).

But on a recent camping trip on a fantastically hot May day, I failed to see and stop them drinking water from a freshwater stream. Cue, 24 hours later, a vigorous and prolonged gastroenteritis infection (that's vomiting and diarrhoea to you and me). Dr Google tells me they could have picked up a whole host of nasty pathogens from contaminated water, from E-coli or Salmonella bacteria to Giardia parasites or even typhoid, as my GP Dad mooted. (UPDATE: turned out to be a Campylobacter infection, treatable with antibiotics) I don't recall the Swallows and Amazons ever having these problems... 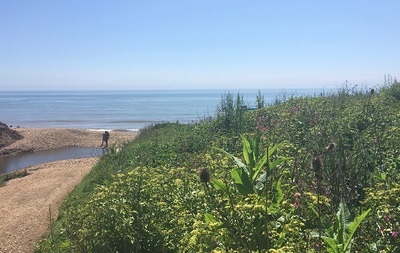 What was striking though was that the other child they were playing with, who also drank this polluted water, only felt nauseous for a few hours, and recovered quickly. Did he drink less water, or was he just lucky and dodged any contamination? Or, could it be down to his strong immune system and iron constitution?

Well, his family do run a garlic farm, and consequently garlic features prominently in all their meals. Given garlic's reputation for containing powerful anti-bacterial, anti-viral and anti-microbial properties, this natural medicine gets my vote for being the cure-all that protected our friend's son from infection. So once my children are back to eating (and keeping down!) solid foods, I shall be making them lavish quantities of The Garlic Farm's amazing garlic bread, sneaking a little raw, crushed garlic in with the cooked, as it's garlic in its raw state that offers the most potent healing properties. It also makes a much tastier treatment than antibiotics, and is better for long-term gut health too. 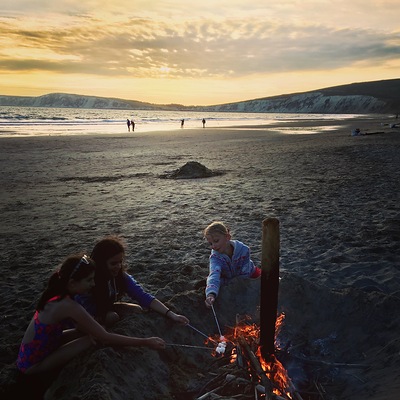